Giant Moas, birds much bigger than the Ostrich, were discovered living in the island nation of New Zealand. They stood 2.3 m tall and weighed, 230 - 240 kg, females much larger than males. They roamed New Zealand until AD1300 when the first human settlers arrived and wiped out the species. The discovery was made by Richard Owen, the first superintendent of Natural History Museum from only a single fragment of moa bone found in the river bed 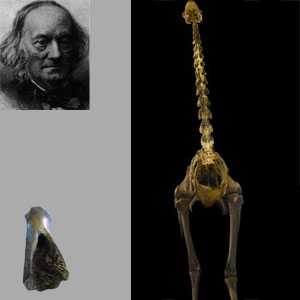 ](./images/661.jpg) The man, the evidence and his brilliant prediction! Source: Vusiem for Natural History Museum[/caption]

Giant camels have been discovered living on Ellesmere Island in the Arctic region of Canada. These snow camels were 30% taller than modern camels and lived in this area 3.5 million years ago. The discovery was made by palaeontologists from the Canada museum of nature from small fragments of fossilized bone of the leg found in the soil 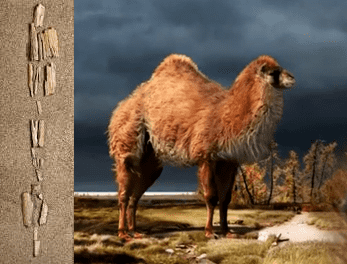 ](./images/camel.png) The snow camel’s leg was pieced together from 30 fragments of fossilised bones Source: Canada museum of nature[/caption]

What a Deja vu moment for science after 175 years!!

Here is a comparison!

The camel was identified with 30 bone fragments - and the giant moa… only one!

When all 30 bone fragments of the arctic camel were put together, the size and structure of the leg resembled very clearly that of a modern camel, only 30 % bigger. In comparison, the fragment of the giant moa was not so obvious. When compared to hundreds of bird bones in the Natural History Museum, the best match was found to be that of an ostrich - but much bigger, leading to the conclusion of the possibility of a new gigantic flightless bird

A technology called Collagen fingerprinting was further used to evidence the camel. This technology takes tiny amounts of collagen — a protein found in bones to build up a profile of the animals. In this case the profile most closely matched that of dromedary (single humped) camels. Do you think the use of this technology could have been possible 175 years ago? Such techniques and advanced science was not available for Richard Owen in those days. He deduced that it was the bone fragment of a flightless bird bigger than ostrich by sheer observation, reconstruction and extrapolation.

The NHM has hand picked 22 objects among the millions they house, for a special gallery called the Cadogan Treasures - and this gallery contains the stellar discoveries that have defined and redefined the natural world. See this in person and if you cannot, see it through the phone app, and be amazed at the Sherlock-Holmes style investigations that each got us one step closer to the truth about this planet. Enjoy..