The man-eaters of Moche 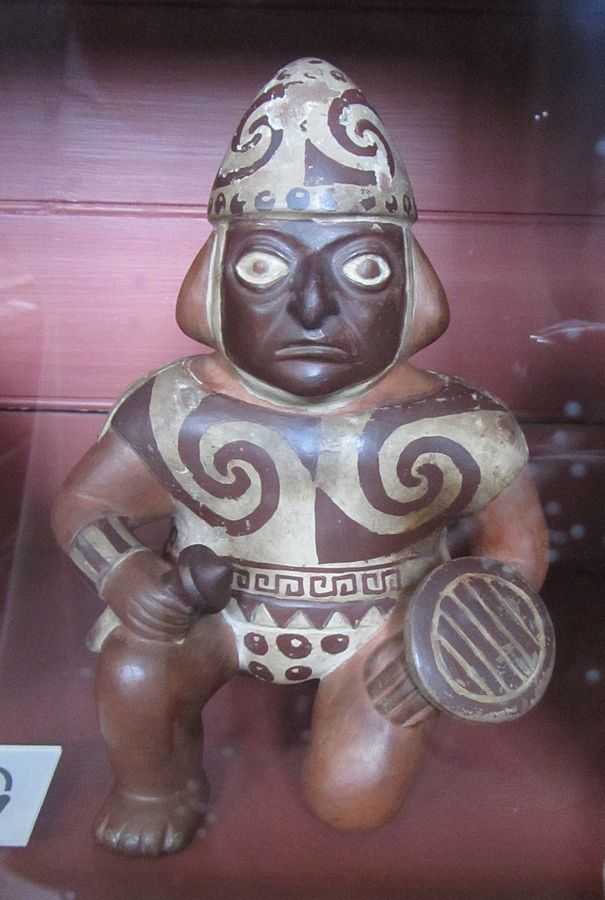 The Moche civilization flourished in Northern Peru with their capital near present day Moche from about 100 AD to 800 AD. And they were known for three things

\2. Textiles, and well…eeeks hold your breath.. 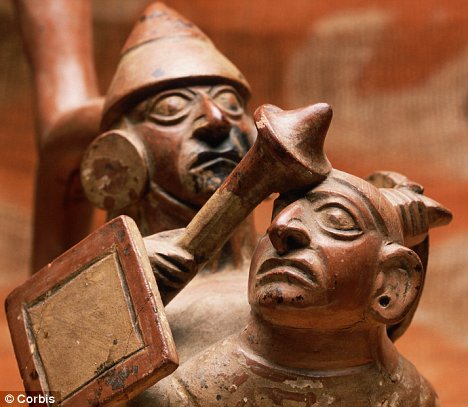 In fact we know about 3 from 1 and 2. This is because most of the iconography on their pottery and textiles were all about one thing - the brutal sacrifice of Moche warriors and that came to be known by archaeologists as the Moche Warrior Narrative. This is corroborated by the evidence of thousands of human skeletons of young men of roughly similar age who were ritually sacrificed.

Over and over again, the Moche Warrior Narrative told us the following:

\1. This was a highly detailed ritual that was repeated several times, usually at temple sites

\2. Young men are elaborately dressed in warrior combat and are armed with weapons and head out for a fight

\3. There are gladiator style one-to-one combats where they fight unto death

\4. The winner than grabs the vanquished, strips him off his clothes and armor

\5. The vanquished nose is cut to bleed and he is paraded with a rope tied tightly on to his neck in to sacrificial pits

\6. Here their throats are slit and their blood is consumed by the priests and priestesses (sometimes in a cocktail of fruit juice to add flavor!)

If you are not put off by these details, perhaps you should know that victims were flayed, dismembered and feasted upon - a clear evidence of cannibalism. 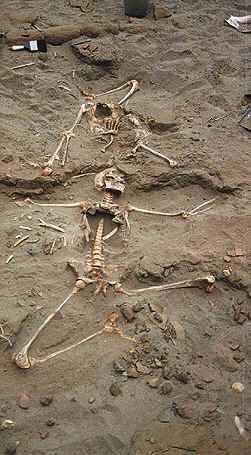 But why all this gore and especially, why kill each other - that is surely not good for the clan.

This is the question that has intrigued archaeologists for centuries and we may have just found an answer. New study suggests that the Moche were not one clan but in fact many clans that were arch rivals and competed for superiority. They fought each other for power and resources in this fashion - so the one to one combats were of warriors from opposite clans. The battles led to the taking of captives, and it seems that captives were slain in sacrifice ceremonies. The victor drank the blood of the loser in order to feel more powerful or perhaps it was also associated with gaining supernatural powers.