If you have been to the British Museum, you are very unlikely to have missed the colossal, handsome statue of Rameses II benignly looking down at the visitor. The calm visage of the statue forebodes the patience of a man who has witnessed a few millennia and the serene knowledge that he will outlast us all for many centuries more. This 2.5 metre, 7-tonne statue is just the top portion of the statue. The bottom remains in-situ at the Ramesseum temple on the west bank of the Nile at Thebes, Egypt.

It is made of granite, one of the hardest materials to work with. The 20-tonne overall monument was quarried and chiselled from a single colossal rock from Aswan 200 kms away and transported to Luxor. Lacking the sophistication and tools that we have today, the monument has been shaped mainly by sand abrasion technique i.e rubbing sand on it till it achieves the required finish. Imagine the efforts that went in! But have you ever wondered how this epic monument came to be at the British museum from its original abode half a world away?

The Race for Ramesses

In the heydays of the 18th century, there was a race between the colonial powers of the time – Britain and France in particular, to acquire and display precious objects from distant lands as a showcase of their military and scientific achievements. The French got to the Ramesses temple first. Napoleon’s men tried to remove the statue from the Ramesseum in 1798, but failed. There is a hole about the size of a tennis ball drilled into the torso, just above the right breast, which experts think came from this attempt. By 1799 the statue was broken and lay there ignored. 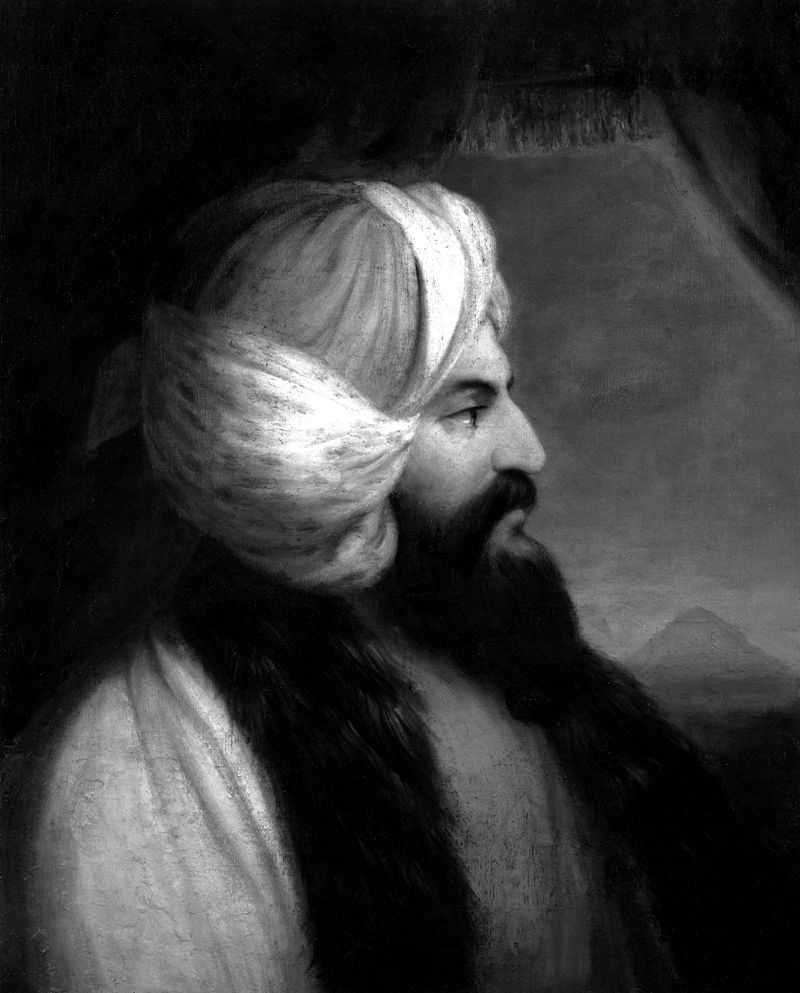 That is when the circus-strongman-turned-explorer Giovanni Battista Belzoni comes into the picture. An eccentric, adventure loving Italian he was married to an Englishwoman. After a failed business proposal to the Emir of Egypt, he was ready for a new adventure. On the recommendation of the orientalist J. L. Burckhardt he was sent by Henry Salt, the British consul to Egypt, to the Ramesseum at Thebes. He removed with great skill this colossal bust of Ramesses II, commonly called “the Young Memnon”. With the technology and resources he had, he could only manage to extricate the top part of the monument. Even that weighed over 7 tons. It took him 17 days and 130 men to tow it to the river. He used levers to lift it onto rollers. Then he had his men distributed equally with 4 ropes drag it on the rollers. On the first day he only covered a few yards, the second he covered 50 yards deliberately breaking the bases of 2 columns to clear the way for his burden. After 150 yards, it sank into the sand, and a detour of 300 yards on firmer ground was necessary. From there, it got a little easier, and, finally fifteen days later, he made it to the river where he was able to load it on a boat. From there it was shipped onto London and then housed at the British Museum.

The massive effort that Belzoni and his men had to put in is a powerful demonstration of Ramesses’ achievement. Just moving a third of the statue was considered a great technical feat three thousand years later. On its arrival in London, it astounded everybody who saw it. It spawned a revolution in how Europeans view their own histories and cultural antecedents. The Ramesses in the British Museum was one of the first works to challenge long-held assumptions that great art had begun in Greece.

Ramesses II had become the face of Imperial Egypt to the world.

Ramesses II had one of the longest reigns of any monarch. He ruled Egypt for an astonishing 66 years, ushering in a new golden age of Egyptian prosperity and imperial power. He lived to be over 90 and fathered around 150 children. Upon ascension to the throne in 1279 BC, he set out on successful military campaigns to the north and south and carried out several administrative improvements throughout the land.

Ramesses was a savvy publicist. Across all of his kingdom he erected vast new temples – like Abu Simbel, cut into the rocky sides of the Nile Valley. His huge image of himself there, sculpted in the rock is the inspiration behind the vast presidential faces carved in the rock at Mount Rushmore monument in America.

One of his proudest achievements was his memorial complex at Thebes, near modern Luxor. It wasn’t a tomb where he was going to be buried, but a temple where he would be venerated in life and then worshipped as a god for all eternity. The Ramesseum, as it’s now known, covers an immense area about the size of four football pitches and contains a temple, a palace and treasuries

There were two courtyards in the Ramesseum. This giant statue sat at the entrance to the second one. Impressive though as this monument is, the statue is just one of many. Several Rameses monuments are dotted throughout this magnificently large four-football-fields-sized complex. In those days, it was sure to inspire awe and respect amongst his subjects.

He projected such an aura of success that nine later pharaohs were to take his name. He was still being worshipped as a god in the time of Cleopatra, over a thousand years later.

As he now looks down serenely at the visitor entering the British museum, there is no escaping a sense of nostalgia. Despite Rameses II’s well-laid monuments to ensure he lasts till the end of eternity, here he lies in the museum a much-reduced form of his former image. In his lifetime, Ramesses II did become the legendary figure he so desperately wanted to be, but it was not enough to protect Egypt. New enemies were attacking the empire, which also suffered internal problems and could not last indefinitely. Less than 150 years after Ramesses died the Egyptian empire fell and the New Kingdom came to an end. The crown passed to Libyans and Nubians, Persians and then the Macedonians. Later as a final humiliation, even Ramesses’ statue itself was squabbled over by invading Europeans.

Perhaps, that is what inspired Shelley’s famous poem as he heard the reports of the discovery of this colossal monument in the far-off Egyptian lands and its transport to England. Shelley’s poem ‘Ozymandias’ is a meditation not on imperial grandeur, but on the transience of earthly power. In it, Ramesses statue embodies the futility of everlasting human vanity.

“… My name is Ozymandias, King of Kings: Look on my works, ye mighty, and despair! Nothing beside remains. Round the decay Of that colossal wreck, boundless and bare The lone and level sands stretch far away.”

Hope you enjoyed the article! If you are keen to know more about the British museum and more about the great artefacts within the museum, including some of its great Egyptian collections, please download our British Museum app here.