Why is it raining cats and dogs? 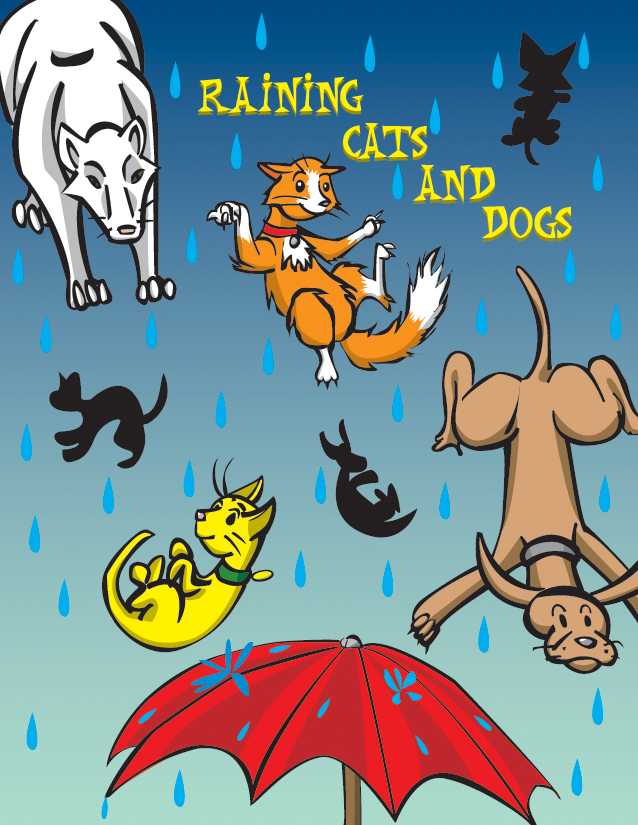 Ever wondered as to why we say that it is raining cats and dogs ? It turns out there could be a lot of history and mythology associated with the answer ! Here are some possible theories:

Theory 1: Odin and the Witches

Odin was the Norse god of storms, and he was often pictured with dogs and wolves, the symbols of wind. So, when it is windy, it is doggy..

Witches, who supposedly rode their brooms during storms, were often pictured with black cats. So apparently when the storm gets too heavy, it rained cats..

Cata doxa is Greek for “contrary to experience or belief.” It is probably raining unbelievably hard.

In old English, catadupe meant a cataract or waterfall. And over time, catadupe became cats and dogs…

As per this thoery, cats and dogs lived in the thatched roof of medieval houses in winter to keep warm. When it rained and the roof became slippery, the cats and dogs fell down!

What is your theory?