Movember special - To beard or not to beard

As we enter the month of Movember, its the time for reflecting while staring at the mirror as to why exactly the fuzz out there staring back at you in the mirror is for. No doubt, you have been sounded out by the folks in the office to go unshaven to promote awareness of prostate cancer or some such. Or maybe you just want to go with the flow and didnt want to be caught facial hair-less in a sea of hair.

Eitherways, I am no evolutionary biologist to help you get the answer on why exactly do we need facial hair (maybe it is that even our ancestor-apes had high awareness of prostate cancer and they wanted to promote the awarness with facial hair… we will never know). But hey, looking at the nice hirsute assyrians and egyptians in the galleries at the british museum on my Vusiem App on my ipad, courtesy the nice folks at Tristhi, gives me an idea. Why not peer down the ages and see what the nice folks in the past civilizations grew beards for.

Trip down the Museum Lane for the facial hair Conossieurs:

Let us start with the venerable Egyptians. Dont ask me why Egyptians… Just picked them up because it is the first gallery on my Virtual tour on the Vusiem App. As i look at the clean-shaven Egyptians, am wondering if it was a good idea after all picking the Egyptians for a Beard-Blog. Everybody seems to be clean shaven and baby faced. The explanations suggest that the Egyptians were scrupulous about cleanliness and would never be caught alive unshaven. But hey, Caught Dead with a beard is another matter. All the stony gentlemen staring back at me in the museum have nice shapely beards. It was a sign of nobility and a must-have fashion accessory for the Pharaohs. Some long (apparently the beards fixed after death) and some short (signifying the gentleman actually had a beard). Just in case you were wondering, given that the egyptians were fair-minded on the point of equality of the sexes with respect to the rights to the throne, What would a poor Woman do with regards to this “Must-Have” Pharaoh-nic fashion accessory. Worry not, it was an advanced civilization. Even the women had beards! (well… to each civilization its own tastes.. we cant get judgemental two millennia down the line). The trick here was to have a fake beard made of goat hair, plaited and stringed to the ear. Now you know where the term “Goatee” comes from!!! (An useful talking point next time you are down at the pub and want to impress folks with your knowledge of arcane facts)

Some pictures of nice goatee’d Gentlemen (and gentlewomen too) 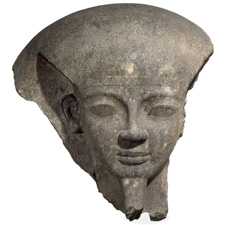 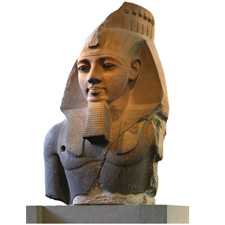 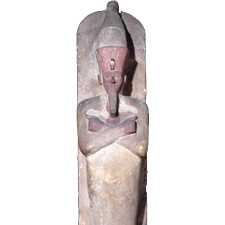 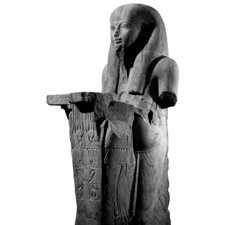 ​ Thats it for today… In my next post, i will see what the Assyrians and Akkadians did during the months of Movember.