After understanding the fuzz about Egyptian goatees, i decided my next stop will be the ancient cities of Mesopotamia, which if you live in London, is room 10 of The British Museum, and if you don’t, it is even closer at room 10 of the Vusiem. Let us find out what our Assyrian friends are up to this Movember.

The entrance is striking ..it is flanked by two magestic Lamassus - mythical hybrid creatures with a human head, eagle wings and lion’s body - a bit like the Egyptian sphinx, only a bit! 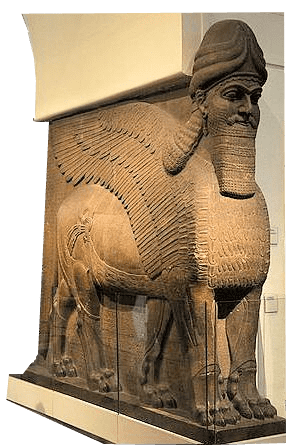 ](./images/lamassu.png) The Lamassu greets you at room 10[/caption]

The Assyrians and Egyptians were close neighbors in ancient history, but when it came to matters of the beard, they were poles apart! Just compare the clean shaven look of the Great Sphinx to the heavily bearded face of the Lamassu..

While Egyptians shunned hair, Assyrians embraced it !. What the cats hated, the lions loved ! What was thrown in the bin in Memphis was resurrected in Nimrud !!

Such stark differences in how different cultures perceived facial hair is interesting, amazing, intriguing, fascinating and to say the least, very, very hair-raising ! Here are the facts

Fact 11: In Assyria, beard was a sign of manliness and power - akin to the lion’s mane ! None of the false beard business of Egyptians was going to work here. Be a man and have a real beard !!

Fact 12: The beard was the most important and significant part of the someone’s identity The beard was grown with utmost nourishment, combed with cuddly care and groomed in great detail. So much so that if there were to be a Boots or Walgreens - the men’s section would be filled with beard care toiletries of all sorts - henna, oil, tint and perfume amongst others !

Fact 13: The beard was also a status symbol The higher up you are in the royalty, the more flamboyant your beard must be. So, naturally the Assyrian king’s beard got the best attention and care in beard’s entire history. Probably there were a multitude of servants who spent a good part of the time combing his beard, oiling and applying henna, then a tint of perfume and decorating it with ribbon and jewellery, possibly on a daily basis !

Don’t let yourself think that you can find your way in to the upper echelons of Assyrian royalty by being lazy, not shaving and having an unkempt beard. You probably needed to spend 2-3 hours in the mirror everyday to get the right look! 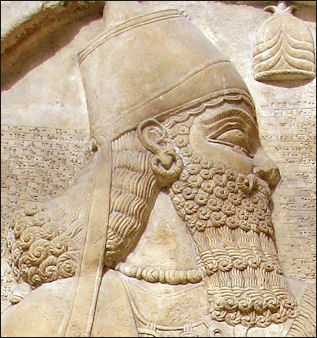 Fact 14: You must give it to to the Assyrians for inventing the curling iron. Surely, they must have invented and widely used the curling iron, in its rudimentary form - otherwise how would they have achieved their intricate curly locks. That fact also makes them the first hair-stylists of the world!

Fact 15: Different professions had different hair styles. By just looking at the hair style you will know if someone was a physician or trader or dentist. So, just thinking out loud here. If some one had no hair - he was probably a barber? And someone with lots of hair could have been a hair dresser and so on!

Oh goodie..such insights from the very comforts of my home is such a great treat!. Got to give it to the Vusiem guys to make this possible. Well. what’s next then? Looking at the map, i see room 22 is close by. What is that? - i click and it says Greece. Ok Greece.. here i come ! Watch out for this beardy explorer !!

Hang on one second. Did you know that the Assyrian kings actually dusted their beards in a powdered form of gold before attending an important occasion? Well, don’t you think that would have made their beards look shiny blonde…?