Entrance to the British Museum

The British Museum is one of the premier museums of the world. With one of the finest collections spanning two million years of human existence and everything ranging from Ancient Egyptian and Far-Eastern civilizations to Meso-American cultures, the British museum has a fascinatingly dizzying variety of objects showcased. A Visitor guide app is a handy way to tour this museum and make sense of the stories that these treasures tell and the histories they represent.

If you are just visiting London, then British Museum should be in the top in your shortlist choices for your itinerary. Whether you have just a weekend at your disposal or an entire week, a visit to London’s British Museum is not only educational but also soul-enriching. Access to the British Museum is free and is one of the major draws, although it is customary to make a small contribution to support the upkeep of this truly magnificent museum.

The exhibits at the British Museum are astounding and attract visitors from all across the globe. Last year, over 7 million visitors flocked to it from far-and-wide making it one of the top-visited museums in Europe, just behind the Louvre in Paris.

Every single object at the British museum has a fascinating tale to tell. Some of the famous collections at the British museum include the Elgin Marbles (aka Parthenon Marbles), Rosetta Stone, Assyrian Lion-hunt reliefs, Lewis Chessmen, Mask of Sutton-Hoo, Bust of Rameses and the Aztec Turquoise serpent, to name a few. 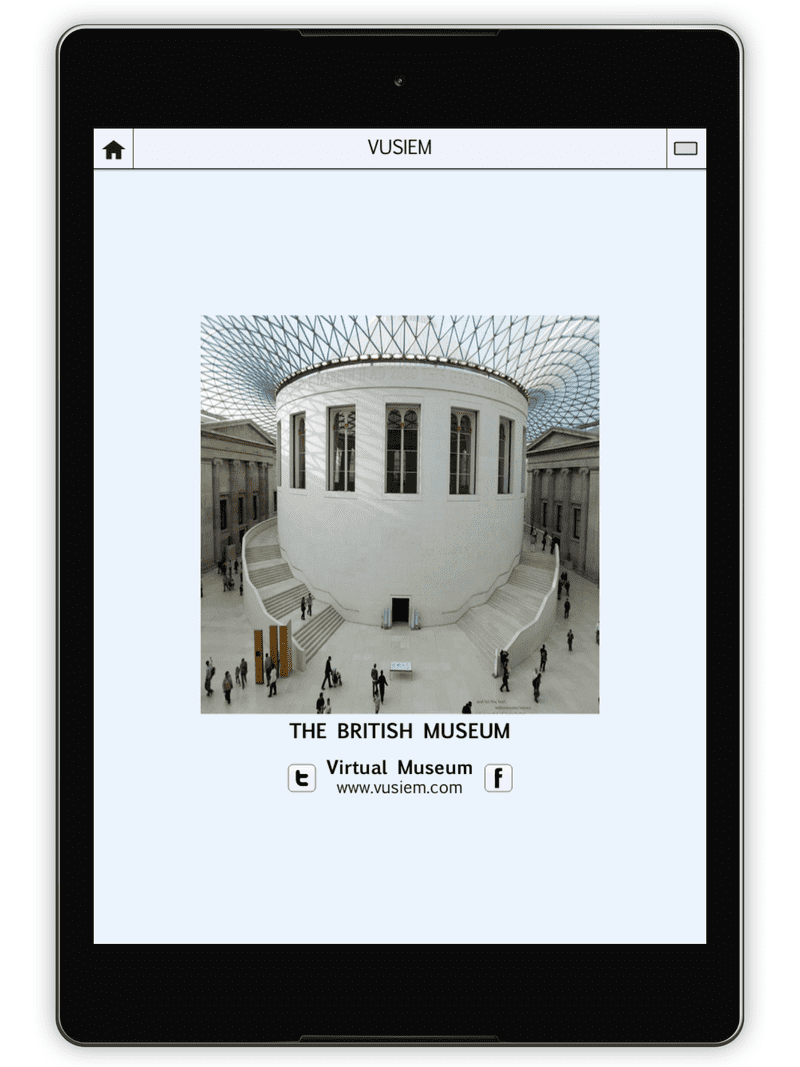 App Guide to the British Museum

Vusiem visitor guides is the #1 ranked app for the British Museum. With a large but carefully curated collection of objects that showcase the vast diversity of the collection, the Visitor App guide ensures that the visitors to the museum do not miss out on the important treasures in the collection. Whether you have just a few hours to browse through the museum or you are spending a complete day taking it all in, there are customized tours to ensure that you can make the most of your time.

Navigation through the app is easy and fairly intuitive. There is a handy map of the British museum within the app that one can use to explore and not get lost within the vastness of the museum maze. It is interactive and you can touch the map at the room that you are in, which will bring you to the highlights of the gallery that you are viewing. Tap in further to the object you are interested to bring up a summarized perspective of the object and its history.

The Lite version of the app is free and has access to only a limited set of the most popular galleries. Unlocking the access to the full app can be done within the app itself (no additional downloads needed). The app itself can be operated fully offline (except in case you need to zoom into the HD images).

You can download Vusiem’s British Museum guide App to the museum here.